Transport Curator David Rooney considers the concept of slowing down and how this doesn't equate to wasting time.

Last time I was recalling Louis Blériot’s historic crossing of the Channel a century ago. That got me thinking about other memorable sea crossings.

Ninety years ago, John Alcock and Arthur Whitten Brown were the first people to cross the Atlantic by air, non-stop. Their Vickers ‘Vimy’ craft, pictured here, is on show in our Flight gallery: 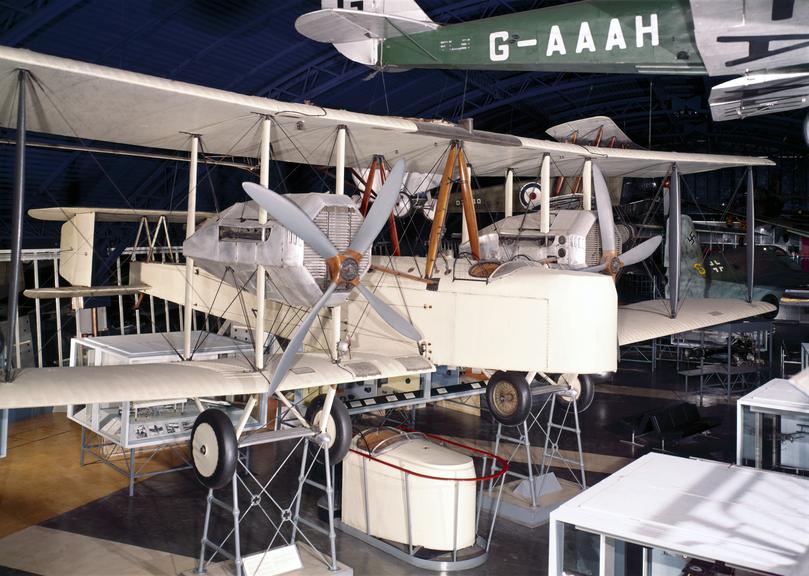 Then there was a flight of the Friendship in June 1928 which carried Amelia Earhart, who thereby became the first woman to cross the Atlantic by air (she made the first female solo crossing four years later).

I picked up Earhart’s autobiographical account of her crossing. She was an accomplished aviator, and in her sparkling account she speaks eloquently of the state of flying in America in the 1920s – and the role of women in flight.

It’s a great read, and one passage made me think about the choices we make today about transport, time and distance.

She wrote, “Nothing, perhaps, is more appealing than the sense of quick accomplishment – of getting somewhere, sooner. Aviation means an approach to the elimination of time wastage, and seems to point the way to further increase in the world’s leisure”.

Time and motion. The shrinking of the world. This was the period of the Efficiency Movement, waging war on waste. But now, perhaps, it’s time to rethink some of Earhart’s ideas. Sometimes, slow is good, and doesn’t mean wasted time.

Could we fly less by taking trains and ships more? I’ll return to this theme in future.

For Amelia Earhart, time ran out in July 1937 in a Lockheed Electra airliner, as she attempted to circumnavigate the world. The plane went missing over the Pacific Ocean and neither it nor Earhart have been seen since. You can see an Electra up close in the Science Museum’s ‘Making the Modern World’ gallery.